Updates January 2021 and my book ideas 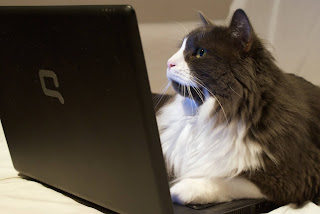 We are on the tenth day of the year and I also have a full time job and a pretty poor health I need to sort out.

Nevertheless, my plans is to have released my fifth book or being close to release my fifth book sometimes this fall.... October/November/December 2012.

The project closest to my heart now is named The Arkleston Court Serenade.

What, would you say. OK, Arkleston Court was a high rise block of flat built in 1970 and demolished in 2013 or thereabout. I live pretty close to it and I knew some of the guys there.

The Arkleston Court Serenade will take us through seven days in the life of an old father who has just lost his lifelong partner as she passed on. His wish is to put a gravestone on her grave. This in between having to deal with a very demanding drug dealing son in prison, another son who is financially struggling down in England and the drug overdose dead daughter.

It is a peeling an onion novel... or that is my idea.

Another idea and I have done some interviews here, is a novel loosely based on a right wing extremist whose name is Kjell Andersen. He run a far out Christian extreme right wing blog. He is by far the most morally repugnant double-standards person I have ever come across. A person with a public profile and with a very, very different private life from his holier-than-you profile.

I did some interviews of the people close to him and got all I needed for a documentary or novel with a high degree of shocking values.

Peter Svarttjern had an uncle and I am not so sure if it is his body now resting in the graveyard in Kirkenes. Maybe he had some problems with KGB/CIA and faked his own death ? I am working out something there.

My own family history and in my particular my father's history is a good novel and a good follow up to The Final Ride, my first novel. I think there is stuff left behind there I can use.

The abandoned Down The River From Erskine Bridge is still there and pretty alive. OK, some of it has been used but there is still enough to give me another novel.

I am a dreamer, I am a thinker and I am not right in my head. There is a lot of ideas in my head. I am a very creative person.

I think I got at least 5 more novels in me. But it is still a hobby project.

Popular posts from this blog

Welcome to the blog I as the one person running Torodd Fuglesteg Publishing will now use to update anyone interested in  Yes, I know..... I am speaking about myself and Torodd Fuglesteg Publishing in 3rd person. A sure sign of insanity and an ambulance is patiently waiting for me to voluntary go with them to the nearest mental asylum. That is not true but I like that joke. Truth is that I am not sure where to take Torodd Fuglesteg Publishing, less than one day into the establishment of this organization.  Months ago, I have asked several other potential local authors if they wanted to join me in a company called White Cart Publishing. There was some non commital noises coming my way. I then spent all my days and nights on one novel, now released.  After 3 novels and a more biographical book, and finding writing books too much of a pleasure, I found out I needed a platform and an organization behind my books. My website www.toroddfuglesteg.com was a horrible mess. So I decided to set
Read more

Torodd Fuglesteg
The Torodd Fuglesteg Publishing blogs is about the joy of expressing my views, free of any rules and genres restrictions which has blighted my work for other publications. Writing the blood running through my veins. It is my life. Contact details: toroddattoroddfuglestegdotcom